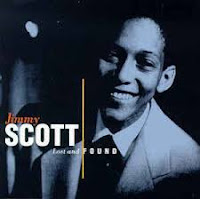 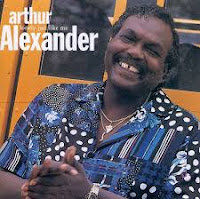 I was marveling at how well Arthur Alexander's 1993 comeback album Lonely Like Just Like Me holds up (as I hadn't listened to it in quite some time) and was surprised when I looked it up on Amazon to find out that it was out of print.  I also immediately thought of Jimmy Scott another great comeback story from the early 90s and discovered that one of his great albums - Lost and Found - was out of print.   Recorded in the late 60s and early 70s, Lost and Found was Jimmy's first attempt at a comeback but the lawyers for Savoy his record label in the 50s blocked it from being released at the time so it didn't see the light of day until 1993.  Anyway, both are truly wonderful albums - definitely in my top 100 of all time.  Enjoy (I've also re-upped my Jimmy Scott - Roy Orbison compilations, btw.)

Posted by Ishkabibliophile at 10:42 PM No comments: