They Crawled from the South: A Collection of R.E.M. Obscurities 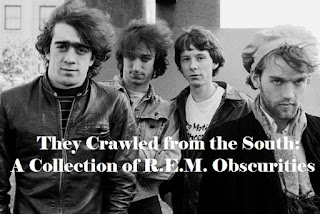 I was looking at Billboard's top rock albums for the last couple of years and was struck by the massive decline in popularity of rock music.  I know 70s and 80s acts like Bruce and U2 can still sell out football stadiums, but looking at those lists made me wonder if anybody over 30 listens to any contemporary rock music.  It also makes me smile when I recall the people in the 80's who said that hip-hop would never last.

To be clear, I'm not indulging in nostalgia for the golden era of rock or lamenting "trends in contemporary music".  But it did get me thinking about R.E.M - the all-stars of college rock (what indie rock was called in the 80's for those who weren't around then) which ultimately led, of course, to the compilation below.  It may be a little too heavy on 60s covers for some, but, as Grandpa Simpson would say, that was "style at the time" for 80s college rock acts.

Posted by Ishkabibliophile at 11:17 PM 2 comments: