A Rosanne By Any Other Name 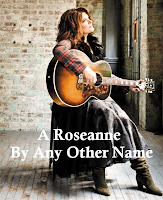 Yes, I know the name of the comp is pretty lame, but that shouldn't stop you from enjoying the great Rosanne Cash (whose memoir comes out in August).

Seven Year Ache
The Summer I Read Collette
Miss The Mississippi And You
I Count the Tears
I Don't Have To Crawl
Fair And Tender Ladies
The Winding Stream
I Still Miss Someone
I Don't Want to Spoil the Party
Pink Bedroom
One Step Over The Line
Baby, Better Start Turnin' 'em Down
Our Little Angel
Seventh Avenue
What We Really Want
It Came Upon A Midnight Clear
The World Unseen
Somewhere in the Stars
Posted by Ishkabibliophile at 11:16 PM 4 comments: 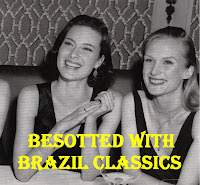 While waiting in line to go see Caetano Veloso last month, I spotted David Byrne. I was really tempted to go up and ask him why there is no Brazil Classics 6 on Luaka Bop (his label) - there’s Volume 1 (Beleza Tropical), Volume 2 (O Samba), Volume 3 (Forro, Etc.), Volume 4 (The Best of Tom Ze – Massive Hits), Volume 5 (Tom Ze – The Hips of Tradition) , and Volume 7 (What’s Happening in Pernambuco). Because I’m a wee bit obsessive, I was curious. Plus, I think it would have been funny to see him look at me like I’m bonkers. But discretion (or cowardice) prevented me from acting on this impulse. Since I still wanted to make a Brazil Classics compilation, I just decided to include some tracks from Beleza Tropical 2 Novo! Mais! Melhor! – think of it as an honorary Brazil Classics cd, especially since it is on the Luaka Bop label.

Succumbing to Cat and Nina 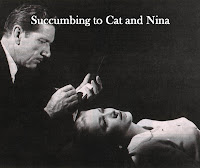 (Update: The initial mixtape had two (albeit different) versions of Werewolf, so I redid the comp and replaced the first one with Willie. And yes, my lazy ass editor apologizes for this mix-up. :)

It took him a long time, but John Doe finally put out a full length country album with The Sadies last year. Even though I love The Sadies, I confess to being a tad skeptic about the pairing for reasons I don't quite remember now that it's my favorite solo album of his (with Forever Hasn't Happened Yet a close second). I put a couple of his early solo albums on my Rooting Around in the 80s comps last year, but this week's mixtape covers his solo albums, soundtrack cuts, live tracks, and other non-album releases (as well as one cut from the 2005 Knitters album) from the last 15-20 years. And yes, I included Take #52 again - I just couldn't help myself. :)

7 Holes
Let's Be Mad (Acoustic)
Hwy 5 with Neko Case
There She Goes Again
Hot Burrito No. 2
Someday / No Day
Long Chain On
The Unhappy Song
A Little More Time
Speed Of Love
I Dreamed I Saw St. Augustine
It Just Dawned On Me
The Cold Hard Facts of Life
Baby's In Black
Quiet Desperation
Meanest Man In The World (Live)
Big Moon
I Will Always Love You
I Can't Hold Myself in Line
I'm in Love With a Girl
Take # 52
Posted by Ishkabibliophile at 9:13 PM 6 comments: