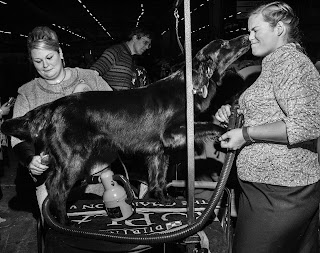 I'd rather not focus on the non-musical events of 2016 for this post since, strictly judging the year based on the musical releases, 2016 was a pretty good year.  With the exceptions of the dearly departed Leonard Cohen and Sharon Jones, I only included acts who hadn't appeared on my best of 2014 and 2015 compilations.  This was kinda tough as I had to leave out Angel Olsen's My Woman, but one must abide by some rules.  In the spirit of honoring those who died during the year, I've also re-upped the Bowie tributes, the Leonard Cohen-Patsy Cline-Cat Power compilations, and the Sharon Jones-Detroit Cobras compilation.

Update: So only 24 hours after posting this, I found out that Bap Kennedy died in early November.  I'll just say he was an underappreciated singer-songwriter from Dublin and let my post on him from five years ago provide a little more depth about him.  RIP Bap.

Posted by Ishkabibliophile at 11:44 PM 4 comments: