A Good Ride with Lyle and Robert Earl 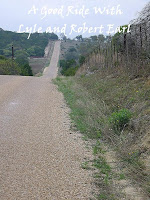 Back when I had an alternate country radio show in the 90s, I'd often do a Texas themed show around July 4. Since I put together an all Texas alt-country 90s mixtape back in November, I thought I'd focus this week on everyone's favorite Aggies - Lyle Lovett and Robert Earl Keen. It's a little light on the obscure tracks, but heavy on the Texas themed songs.

Up on the Lowedown (Again) 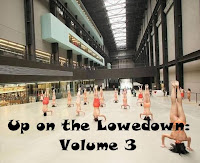 Last year, I put together two Nick Lowe mixtapes. And since you can never go wrong with Mr. Lowe, here's Volumes 3 and 4. Now you may wonder why I've only included 2-3 tracks from his Brentford Trilogy (The Impossible Bird, Dig My Mood, The Convincer). My reasoning is that those albums are so perfect (even the sequencing of the songs is magnificent), they should be heard as such. And besides, it might have meant getting rid of Shake That Rat. :)

What's So Funny 'Bout Peace, Love and Understanding? (Acoustic)
Now And Always
Couldn't Love You (Any More Than I Do)
Mama Said
When I Write The Book
I Can Be The One You Love
Basing Street
A Better Man
I Trained Her To Love Me
Dream Girl
Indoor Fireworks
What Lack of Love Has Done
Different Kind Of Blue
There Will Never Be Any Peace (Until God Is Seated At the Conference Table)
Endless Grey Ribbon
Posted by Ishkabibliophile at 10:19 PM 4 comments: 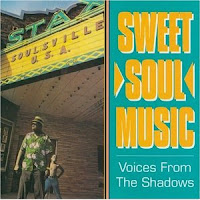 If you have any interest in soul music, I highly recommend Peter Guralnick's book Sweet Soul Music: Rhythm and Blues and the Southern Dream of Freedom. When it came out, Warner Brothers also put out a really great companion cd, Sweet Soul Music: Voices from the Shadow. It's been out of print for some time now, so I thought I'd post it tonight. Enjoy!

True Love Travels On A Gravel Road Percy Sledge
Nickel And A Nail O.V. Wright
My Song Aretha Franklin
Crying In The Streets George Perkins & The Silver Stars
Separation Line Laura Lee
Some Kind Of Wonderful Soul Brothers Six
Rainbow Road Arthur Alexander
She's About A Mover Otis Clay
Heart Full Of Love The Invincibles
Hold On (To What We've Got) James Carr
Losing Boy Eddie Giles
I Paid For The Party The Enchanters
I Stayed Away Too Long Solomon Burke
Greatest Love Judy Clay
It's In The Wind Don Covay
Posted by Ishkabibliophile at 10:30 PM 3 comments: 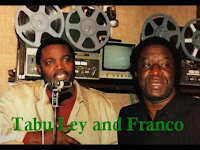 One of the things I've always loved about The Simpsons is the way that the show's storyline is never apparent until about 6-7 minutes in. It's also one of the things I really like about the songs of the legendary Congolese musicians Tabu Ley Rochereau and, especially, Franco. Of course, I like Franco's amazing guitar playing and Tabu Ley's voice even more. From what little I've read, there seems to have been a rivalry between the two, but they did do an album together (Omana Wapi). Continuing on in that spirit, I give you a Tabu Ley/Franco mixtape. (And if you're new to Tabu Ley and Franco, I'd highly recommend the 2 cd comps of each put out by Stern's Music.)