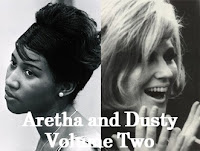 About two years ago, I posted an Aretha Franklin - Dusty Springfield compilation.  A year later, a commenter said that he was surprised that Dusty won the "competition" between the two easily.  I was a little surprised by that, but I have to admit, after listening to the comp again several months ago, that indeed Dusty won that compilation.  In the spirit of fair competition, I thought a rematch was in order (plus, it's only right that this comp includes Dusty's version of "I Can't Wait to See My Baby's Face).  I say it's a draw, but I'll let y'all make up your own minds.

Posted by Ishkabibliophile at 11:03 PM 20 comments: 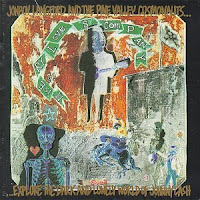 Here's the out of print (and pretty darn rare) 1994 Jonboy Langford and the Pine Valley Cosmonauts Misery Loves Company cd I promised last week.  As I may have written previously, I know some folks are a little skeptical of tribute albums, but Jonboy definitely has a way with The Man in Black's songs (I do think one artist paying homage to another artist generally work better than a bunch of artists all covering one artist).  Among Jonboy's releases that are in print, I'd recommend are his collaborations with Sally Timms and the Sadies, his solo All the Fame of Lofty Deeds release, and, of course, his too numerous to list releases with The Mekons.

Posted by Ishkabibliophile at 9:58 PM 10 comments: 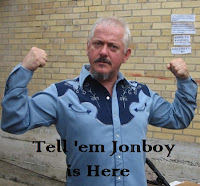 Whatever alternative country is (or has been), it's kind of hard to imagine it without the contributions of Jon Langford - starting, of course, with The Mekons, then on to his various solo projects, his collaborations with Sally Timms, Richard Buckner, and The Sadies, the Pine Valley Cosmonauts, and, of course, his work with The Waco Brothers.  With that in mind, here's 18 tracks of Jon Langford in all his various guises.  Oh, and befitting his status as the hardest working man in alternative country (you should also check out his artwork), he's just put out a single to benefit a foundation to provide free music tuition to people in Wales.  Lastly, if you're wondering a track from his Pine Valley Cosmonauts tribute album to Johnny Cash isn't on the compilation, it's because I noticed that the album was out of print.  So I'll post that next week.


Posted by Ishkabibliophile at 11:10 PM 5 comments: 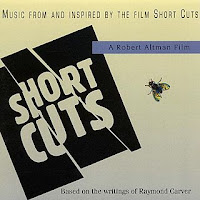 I was in beautiful central California last weekend (for a cousin's wedding) and brought along Jennifer Egan's  novel "A Visit from the Goon Squad".  As I was finishing it (it's very good, btw), I was thinking how about it might be made into a movie - which, in turn, made me think of Short Cuts, the 1993 California based movie which is based on several different Raymond Carver short stories.  So, of course, when I got home, I listened to the Short Cuts soundtrack.  While pulling the cd out, I realized it was on the ill-fated Imago label (along with Aimee Mann's first two albums) and probably out of print.  Which it is, so enjoy! :) And after listening to it, you should definitely check out the movie - the director Robert Altman is at the top of his game.

Posted by Ishkabibliophile at 10:32 PM 9 comments: 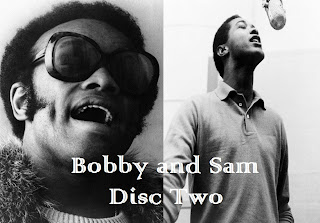 As promised, here's disc two of Bobby Womack and Sam Cooke.  Another thing about them that I like that I didn't mention last week is there respective affection for country music.  So, of course, I had to feature a country music cover from each of them.  I think I take Sam's Tennessee Waltz over Bobby's Point of No Return, but ymmv.  Oh, and I also didn't mention last week how good the SAR Records set is - a ton of great gospel and soul from Sam Cooke's label including, but not limited to, Bobby and Sam.


Posted by Ishkabibliophile at 11:42 PM 4 comments: