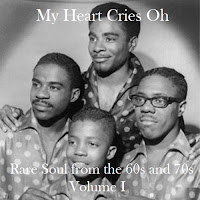 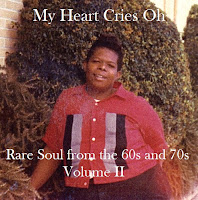 In the liner notes to the cd (see my post from several years back)  that accompanied the publication of his sublime book Sweet Soul Music, Gurlanick talks about interviewing a dj named Skippy White who told Guralnick not to overlook all of the less well-know soul acts in his book, as they were an equally important part of the history of soul music.  Now, I realize there are a lot of folks who know are far more knowledgeable about soul music, especially the rare stuff.  But, that's never stopped me before and more importantly, there's so much great overlooked material from the 60s and 70s.   And even if some of the acts were just one hit (well non-hit), there's a lot more folks who were just victims of bad luck, bad deals, historical circumstances like Little Ben of Little Ben and the Cheers (pictured at the left) going to fight in Vietnam.   So here's the first two volumes of my four volume set.

Posted by Ishkabibliophile at 11:38 PM 4 comments: