On the Right Side of Christmas 2012

Yes, it's time for another compilation of Christmas music.  I don't know if it flows quite as well as some 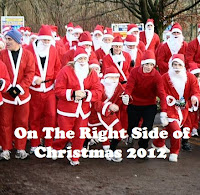 of the previous Xmas compilations (which are still available to download here), but it's a little more mainstream - probably the one you could play with the least amount of complaints at a holiday party.

Posted by Ishkabibliophile at 11:52 PM 14 comments:

A Real Cool Time in Hoboken 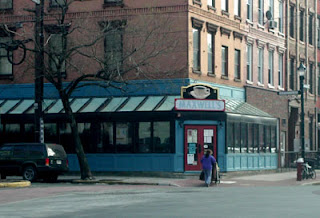 Well, I'm about halfway moved into the new digs, so I'm finally able to post something.  I mentioned my fondness for the soundtracks to Married to the Mob and Something Wild when I posted them about two years ago.  I hadn't seen either film, however, in a long time so I had to watch Something Wild again this summer when it was on HBO.  The film still holds up well, imho, and I had forgotten how great the Feelies are in the film as the band at the high school reunion (check it out if it's been a while).  In addition to delving back into the Feelies, I also spent a lot of time listening to other Hoboken bands from the 1980s and 1990s. And since I didn't post anything last week, it's a two disc compilation of said Hoboken bands.  (And I do know that Ben Vaughn was from Philly, but I know he frequently played Maxwell's - the hub of the Hoboken scene.)

Posted by Ishkabibliophile at 9:33 PM 9 comments:

....so I still haven't hooked up my desktop computer where I have all my music files and such.  As such, there's no mixtape tonight.   I'm hoping to be a little more moved in by Sunday, but damn, I got a lot of crap to sort out. :)
Posted by Ishkabibliophile at 12:42 AM No comments: 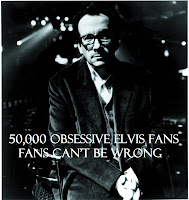 I'm moving into a new place tomorrow so I don't have much to time to write tonight.  But I do hope you enjoy my collection of Elvis Costello obscurities - I tried to make it a cross-section of stuff from various points in his career.  There's also a lot of good stuff I didn't include, so I may have to make another 1-2 of these at some point.

Posted by Ishkabibliophile at 12:55 AM 7 comments:

Keep Your Eye on the Road 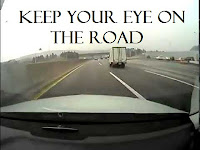 I lost (or perhaps a better way to put it is that Time Warner misplaced it) my internet last night, but I've got it back.  And since I live in one of the sections of NYC that never lost power during Hurricane Sandy, I can't complain too much.   Regular readers/downloaders of this blog will remember that I tend to post road song compilations around this time of year and this year it's no different.  The mix below is a little more mellow than usual.  I don't know why exactly - perhaps I'm just mellowing out a bit. :)

Posted by Ishkabibliophile at 1:16 PM 2 comments: