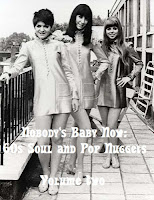 As summer is now clearly upon us, one's mind inevitably turns to pop music.   And even though Mad Men's fifth season is over, I thought another volume of 60s female singers pop and soul nuggets was in store. (The first volume can also still be downloaded, btw.)  And even though it's mostly lesser known artists, I couldn't resist including Francoise Hardy's Le Temps de L'Amour after watching Moonrise Kingdom.   (For those of you with an emusic subscription, several of the tracks came from a ridiculously cheap compilation entitled Cool 60s Girls (never mind the title).


Posted by Ishkabibliophile at 10:33 PM 5 comments: 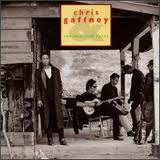 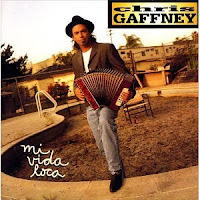 After putting together the Chris Gaffney - Dave Alvin comp last week, I noticed that his first two releases were completely out of print.  Hopefully, they'll be reissued soon, but in the meantime, here they are in all their digital glory.  (Oh, and don't forget that Gaffney's Loser's Paradise is available as an mp3 download as is Gaffney's Live and Then Some.)


Posted by Ishkabibliophile at 11:03 PM 8 comments:

Chris Gaffney's 1995 album Loser's Paradise is one of those albums that you just find yourself playing over and over - first rate songwriting, nice sequencing of songs, solid backing musicians, and a great weathered honky-tonk voice.  It was also produced by Dave Alvin in the days when he seemed to be producing one out of every four alternative country albums.  Gaffney put out a fine live album "Live and Then Some" a few years later and then joined forces with Dave Gonzalez in the Hacienda Brothers who also released some excellent cds (I'm partial to their self-titled release).  Unfortunately, he passed away in 2008 after a bout with cancer.  I paired him with Dave Alvin for this comp given their long friendship, their fondness for songs about California, and well, because I thought they'd sound good together. 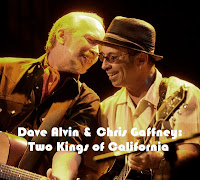 Now, about the final song on the compilation.  It's the last thing Gaffney ever recorded.  He went in and sang the song which was to appear on a couple of friends' album (the guys who wrote the song) even though he was quite sick at the time (he died 3 weeks later).  A year later, when the friends found out that a Gaffney tribute album was being put together, they told Dave Alvin out about the song and ultimately it ended up on the tribute album - The Man of Somebody's Dreams.  (You can read the full story here.)  Anyway, I understand if you think it's kind of morbid, but it is really moving and a truly sublime performance.


Posted by Ishkabibliophile at 11:15 PM 2 comments:

Another Taste of Caetano 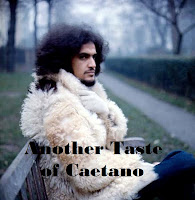 I posted a Caetano Veloso mixtape about a year ago (which you can still download).  A couple of weeks ago, I started reading his book The Tropical Truth - which is half autobiography, half history of Brazilian music - so I thought it was high time to make another mixtape especially since his 2004 concert at Carnegie Hall with David Byrne was finally released a few months ago.  (Btw, the leadoff track is a cut from that album.)

Posted by Ishkabibliophile at 11:01 PM No comments: