Sometimes You Can Hear Them Weeping: A Chris Isaak Collection 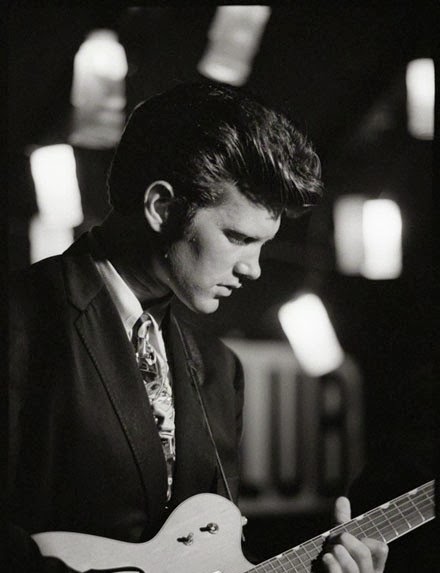 Other than to pat myself on the back for being one of the few people to buy his debut album Silvertone back in 1985 (and to note what a great live act he was back in the late 1980s), I don't really have too much to say about Chris Isaak tonight. However, I will take this moment to rave about his former guitarist James Calvin Wilsey, whose guitar playing was such a big part of those early Chris Isaak's albums.  He kind of disappeared for a while, but he put out a truly dandy instrumental album Dorado in 2008 (The track San Bernadino from disc two is from the album) and I think he now plays some local gigs out in California.

Oh, and I'd like to thank whichever blog put together the Chris Isaak "Lost Songs, Lost Loves" compilation way back when. It doesn't seem to exist anywhere on the internet anymore, but it had some very rare Isaak tracks that I don't think I would have been able to get my grubby little mitts on.

Posted by Ishkabibliophile at 10:37 PM 7 comments: