As promised, here's the second part of my Dwight Yoakam mixtape.

Pocket Of A Clown
I'll Go Back To Her
Playboy
Mystery Train
Truckin'
The Distance Between You And Me
Blame the Vain
The Sad Side Of Town
Cattle Call
It's Better This Way
Today I Started Loving You Again
Somewhere
Bury Me
I Just Got Wise
Things Change
Posted by Ishkabibliophile at 8:42 PM 1 comment:

It's kind of easy to forget now, but Dwight Yoakam may have been the act most responsible for legitimating country music in the eyes of a lot 20somethings back in the mid 80s (there were other "new traditionalists" like Lyle Lovett, KD Lang, Steve Earle, etc, but I still think Dwight had the biggest impact). He's been lying low for the last couple of years, but he is back on Warner Brothers Records with a new cd slated for early 2012. So I figured it's a good time to remind people of Mr. Yoakam's music - the compilation is a mix of album tracks, rarities, and of course, a couple of duets. Side B (hey, my first encounter with Dwight was a Hillbilly Deluxe cassette my friend made me in 1987) is next week.

Sorry You Asked?
I Don't Care (Just As Long As You Love Me)
My Bucket's Got a Hole In It
New San Antonio Rose
I'm Bad, I'm Nationwide
Streets of Bakersfield
The Darkest Hour Is Just Before Dawn
If You Were Me
Holding Things Together
Carmelita
If Teardrops Were Diamonds
Oh Lonesome Me
That's Okay
Some Dark Holler
Readin', Rightin', Rt. 23
Posted by Ishkabibliophile at 10:28 PM 10 comments:

Do It The Soundway - Volume 2 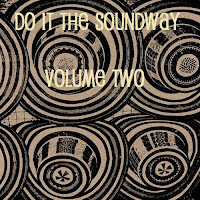 As promised here's Volume 2 of the Soundway label mixtape. I should also point out that almost all of their releases are on emusic.com if you want to explore further (see my faves in last week's post).

Do It The Soundway 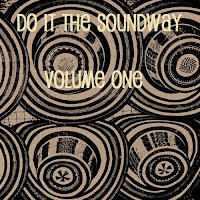 Given tonight's post of a Soundway Records label mix, I was going to talk about labels and their reputation and such, but I've got pretty much nothin' to say. But I do love the Soundway Records label - rare stuff, mostly Latin-American and African music from the 60s and 70s. My personal faves are the Ghana Special, Nigeria Rock Special, Nigeria Special, Afrobeat Special, and the Panama Vol 3, but for tonight's (and next week's Volume 2), I've chosen one track from each of the releases.