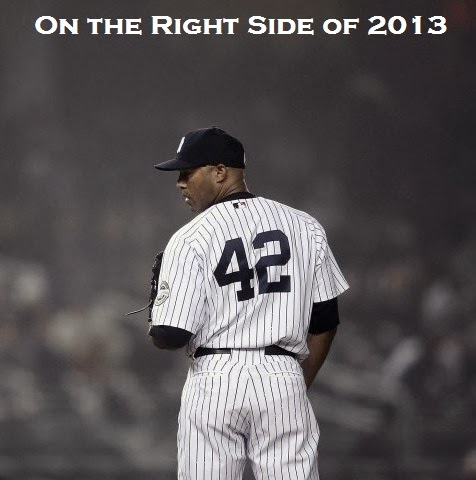 Perhaps it's a character flaw of mine, but I rarely reflect at the end of the year on whether or not it's been a good year.  (I used to have New Years resolutions, but I gave that up as well a long time ago.)  And it's a bit tragicomic that the fact that it was a good year for music (which is why the compilation is two discs this year) got me thinking about whether or not it was also a good year in, you know, other ways.

Anyway, with respect to the music, I do want to point out that 1) I don't include any artist/band who appeared on my best of 2011 or 2012 compilation and 2) these are not necessarily cuts from my favorite albums, but rather 30 songs I liked from this year.  That said, I would like to mention one of my favorite releases from this year, Daniel Romano's Come Cry With Me.  The only reason there's no cut from the album on the compilation is because I went with Romano's duet with Weather Station.  Oh, and 3) I just realized that I forgot to tag the mp3s with the album they appear on.  But that does not excuse folks from not seeking out an artist whose song you like. :)

Lastly, here's to a great 2014 - musically and otherwise.

Posted by Ishkabibliophile at 9:34 PM 4 comments:

Going Back to the Crescent City 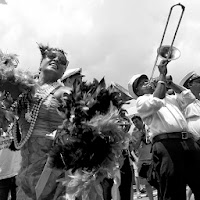 The HBO series Treme concludes its four season run next week.  I know it's not everyone's cup of tea, but I've grown really fond of the show - especially the music and the depiction of the New Orleans music scene on the show.  I thought it only fitting, therefore, to put together a couple of mixtapes culled from the out of print Crescent City Soul boxset which covers the time period 1947-1974.  The one exception is the last song on disc 2, Indian Red by the Baby Dodds Trio, a favorite from one of the 2nd season episodes.

Posted by Ishkabibliophile at 12:17 AM 6 comments: