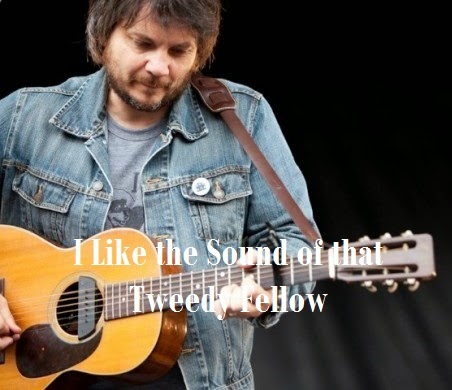 When Bob Dylan, Wilco, and My Morning Jacket played a couple of shows together, one writer labeled it as the ultimate "Dad Rock" event.  I couldn't help but feel more than a bit older than I had just seconds before reading it, but I couldn't deny there was at least a little truth to the moniker. Nonetheless, it didn't deter me from putting together a compilation covering all of Jeff Tweedy's musical ventures over the last 25 years.  In doing so, I was impressed by how many "white guy rock" (for lack of a better term) subgenres he's at least dabbled in - punk, folk-rock, experimental indie rock, classic rock, prog rock, and of course, alternative country. I guess, as Tweedy himself say, one "shouldn't be ashamed" of their enduring fondness for Dad Rock.  Also, fyi, he's got a new solo album coming out in September with his son playing drums.

Posted by Ishkabibliophile at 10:48 PM 2 comments: