Riding in My Car With NRBQ 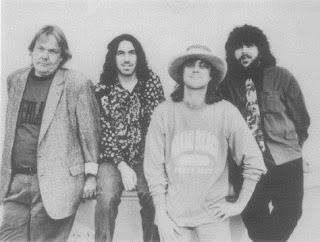 While I always winced a little bit at those who would call NRBQ the greatest bar band ever as it seemed like damning them with faint praise, there's no denying they were a great live band, especially when Al Anderson was playing guitar. For those who need documentation of this, look no further than their official 1987 live release God Bless Us All.  But, hopefully, this two disc set does also does justice to their songwriting chops.  (And if you need any further demonstration of this, look no further than their 1989 release Wild Weekend.)

Posted by Ishkabibliophile at 10:29 PM 6 comments: